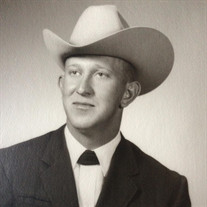 Charles Ramsey, 71 Charles Winston Ramsey, 71, of Austin, Texas, passed away peacefully on Tuesday, February 9, 2016. He was born on September 15, 1944 in Panhandle, Texas to Mel and Pearl Ramsey. He is a 1962 graduate of Amarillo High School and attended West Texas State University in Canyon, Texas. He took pride in his service as a member of the U.S. Marine Corps Reserves. Survived by his wife Jean of Austin, daughter Auralie (Paul) Ruggiere of Corinth, son Steven Aichlmayr (Zachary Herrera) of Austin, sons David Ramsey (Jessica Hunley) and James Ramsey of Austin, sisters Ellen Watson of Lubbock and Sylvia (Mark) Askew of Telephone, grandchildren Aaron, Anna, and Vivian, many cousins, nieces, nephews, extended family, and many friends. Charles was a loving husband, father, uncle (self-proclaimed “greatest uncle”, grandfather and friend to all. Preceded in death by his parents, his three sisters Patricia Ramsey, Joyce Johnson, and Wanda Pirtle, and his brother, Buck Ramsey, and his treasured canine companion, Miss Otis. A lifelong supporter of the Democratic Party, Charles passionately championed the welfare and dignity of those less fortunate and equality for all. He was generous, understanding, and supportive to his children. Other than his family, Charles’ greatest love was his fifty years in the telecommunications industry, in which he began as a lineman in the analog era and ended up a highly valued technician in the digital age of fiber optics and internet. Telecommunications was truly his “calling.” To those who knew him, Charles was a quick friend and eager debater regarding his convictions. He loved humoring himself and others by writing and sharing stories of his life and views of the world. In his own words, “I have lived a full wonderful life and each new day is just plain ol’ wonderful.” Memorials in his name may be made to the Democratic Party, UNICEF, or a local homeless shelter in your area.

Charles Ramsey, 71 Charles Winston Ramsey, 71, of Austin, Texas, passed away peacefully on Tuesday, February 9, 2016. He was born on September 15, 1944 in Panhandle, Texas to Mel and Pearl Ramsey. He is a 1962 graduate of Amarillo High School... View Obituary & Service Information

The family of Charles Winston Ramsey created this Life Tributes page to make it easy to share your memories.

Send flowers to the Ramsey family.