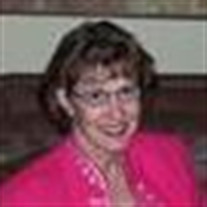 Cheryl Lynn (Stephenson) Haley left her family to be with her Lord and Savior in Heaven on April 7, 2017, at the age of 58, after a long battle with Juvenile Onset Diabetes and diabetes-related complications. She was born the third child of Robert D. and Elise J. Stephenson, on April 28, 1958, in San Antonio, Texas. She married Kirby Dean Haley of Austin, Texas, on October 1, 1983, in Austin, Texas. After marrying Kirby, the couple moved to Dallas, Omaha (Nebraska), and Sioux Falls (South Dakota) for a number of years. They eventually made their way home to Austin, where she lived out the rest of her days. As a child, Cheryl lived in Austin and Grand Forks (North Dakota). She graduated from LBJ High School in Austin in 1976, and attended Concordia Lutheran College for a short time. She worked for the University of Texas and the State of Texas for years. Eventually, her health worsened and she was no longer able to work. She enjoyed spending time with her family, her friends, and her dog Jacob. She also enjoyed tending to her many beautiful flower gardens. Always an advocate for women, children, and animals, she volunteered at the Battered Women’s shelter in Austin where she was named Children's Volunteer of the Year and also at an animal shelter in Omaha, Nebraska. She was a Charter member of Austin Baptist Church, where she and her husband served as chairmen of the Greeters committee for the last seven years. She is survived by her loving husband, Kirby, and her father Robert D. Stephenson, and her three siblings (sister Laurie Stephenson McClure and brothers Larry Stephenson and Craig Stephenson) and their spouses. She also leaves behind five nephews, two nieces, five great-nephews, and five great-nieces. She is preceded in death by her mother Elise J. Stephenson and her dog Jacob. The family would like to thank all of her friends for their generous outpouring of love during this difficult time. Also, a very special thank you to all of the amazing doctors, nurses, and staff at Scott & White Hospital in Round Rock for their loving care during her final six months. Her memorial service is officiated by Austin Baptist Church’s Senior Pastor Gary Dyer and Executive Pastor David Procter, with music performed by Judy Rowland (pianist and vocalist) and Bill Love (vocalist).

Cheryl Lynn (Stephenson) Haley left her family to be with her Lord and Savior in Heaven on April 7, 2017, at the age of 58, after a long battle with Juvenile Onset Diabetes and diabetes-related complications. She was born the third child of... View Obituary & Service Information

The family of Cheryl Lynn Haley created this Life Tributes page to make it easy to share your memories.

Cheryl Lynn (Stephenson) Haley left her family to be with her...

Send flowers to the Haley family.