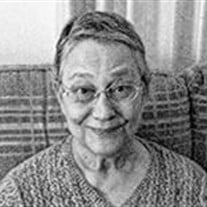 Connie Gayle Kelm Drinkall, 63, of Austin, Texas, passed away at home with her daughters holding her hands on April 4, 2014. Born in Houston, Texas on September 24, 1950, to Harvey and Bernice Kelm, Connie grew up in Thorndale, Texas, graduating valedictorian from Thorndale High School in 1969. Never one to follow the pack, after receiving her associates from Concordia Lutheran College, Connie decided to end her studies at the University of Texas at Austin in order to become a student of life and exploration. She was married to Andrew Drinkall in 1975 and they began their family in Austin, Texas. Always gifted with her understanding of the body, Connie eventually became a massage therapist, an occupation that was also a passion. She had an incredible gift for helping people and continued to work until she was physically unable to do so any longer. It was always important for Connie to come to her own conclusions about everything. Whether it was through research, seeking out alternative sources, or trying to understand various perspectives, Connie always felt it was important to find her own truths. This unique value was one that she impressed upon her daughters and close friends, hoping that they, too, would have trust in their own instincts. After a valiant battle with breast cancer, Connie chose to spend the end of her life enjoying her family and friends. Known for her big heart, sharp wit, and strong hands, Connie found the most pleasure in helping others. Connie is survived by her children, daughter Shivani of Austin, daughter Maya and her husband, Shawn Wilson, and their daughter, Adelaide (the light of Connie's life) of Austin. She is also survived by her parents, Harvey and Bernice Kelm of Thorndale; siblings Carol and John Fricke of Austin, Randy and Sandra Kelm of Burleson, and Fred Kelm of Beaumont; six nieces and nephews and four great- niece and nephews. Services will be held at St. Paul Lutheran Church in Thorndale, Texas, on Tuesday, April 22, at 11:00 am. In lieu of flowers, the family asks that donations be made to Hospice Austin, the Komen Foundation, or the Breast Cancer Resource Centers of Texas.

Connie Gayle Kelm Drinkall, 63, of Austin, Texas, passed away at home with her daughters holding her hands on April 4, 2014. Born in Houston, Texas on September 24, 1950, to Harvey and Bernice Kelm, Connie grew up in Thorndale, Texas, graduating... View Obituary & Service Information

The family of Connie Drinkall created this Life Tributes page to make it easy to share your memories.

Send flowers to the Drinkall family.