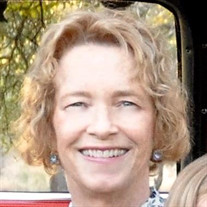 Deborah Katherine Archer, 66, beloved grandmother, mother, sister, aunt, daughter and devoted friend, passed away with family and friends nearby the morning of Tuesday, January 31, 2016. Deb was born on December 25, 1950 in Louisville, Kentucky to Glenna Ruth Lewis Heinz and the late Robert Louis Heinz. After marrying, Deb and her former husband Daniel Wayne Archer moved from Kentucky to California, to Italy, and to Nebraska before settling in the northern Virginia area with their three children; Mathew Louis (43), Robert Wayne (41) and Daniel Patrick (37). Deb started her career at the Central Intelligence Agency in 1986 after graduating from George Mason University in Fairfax, Virginia. Deb was very proud of the work she did with the Agency. While in Virginia she was an active member of St. David’s Episcopal Church (Ashburn) where she met dear friends who cared deeply for her. Deb retired from the Agency and moved to Austin, Texas in 2012 where she was very active in St. David’s Episcopal Church (Austin), traveling to visit family and friends, and being a loving Grandma. Deb will be missed by many, and is survived by her mother Glenna Heinz of Louisville, Kentucky, son Mathew of Big Sky, Montana, son Robert and his wife Audrey and grandkids Taylor and Avery of Austin, Texas, son Daniel Archer of Ashburn, Virginia, brother Eric and his wife Martha Heinz, brother Gary and his wife Shelly Heinz , sister Rebecca Heinz and her husband Bill Ankney, sister Ruth Heinz and her husband Terry Woods, brother George and his wife Meghan Heinz, nieces, nephews, great nephews, her friend Don Hoover and many dear friends. A memorial service will be held Friday, February 3 at 4 o’clock PM at St. David’s Episcopal Church in Austin, Texas. A reception will be held after the service at the home of Rob and Audrey Archer. In lieu of flowers, the family requests memorial donations to Unicef (unicefusa.org) or the Next to New Store c/o St. David’s Episcopal Church (stdave.org).

The family of Deborah Katherine Archer created this Life Tributes page to make it easy to share your memories.

Send flowers to the Archer family.