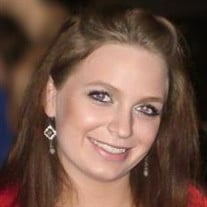 Frances (Franki) Aymond, 30, of Austin, TX died February 22, 2019 in Austin. Franki was born October 22, 1988 in Dallas, TX. She attended Dallas public schools and graduated with Highest Honors from the Science and Engineering Magnet (SEM). She received her BS in Physics from the University of Texas at Austin, her MS in Physics from The Ohio State University, and at the time of her death was a Doctoral Candidate in Physics at the University of Texas at Austin. She was an excellent scientist, great daughter, sister and family member, and a true friend to scores. Ever adventurous and well-travelled, Franki had visited various European countries, Mexico, India, Japan, Korea and most recently Tanzania. She was accepting of almost anything from others except bigotry and hatred. She was a tireless crusader for equal rights, including the rights of sexual abuse victims, as well as rights for the LGBTQ+ community. As a proud woman scientist, she advocated for greater representation of girls and women in STEM education and professions. Franki was also a lover of animals. Her dog Rocky, and cats Tron Jeezy and Steve French, were true members of her family. Her family and friends are happy to provide forever homes for all three. Franki would be happy. She is survived by mother Pamela Buchmeyer and spouse Shellie Crandall of Jupiter, Florida; father Rex Aymond and spouse Vicki Aymond of Bee Cave, TX; sister Robin Aymond and fiancé Jose Molina of Atlanta, GA; step-brother Robert Callegari and wife Lindsey of Austin, TX; step-brother Austin Callegari and fiancé Karina Mata of Austin, TX; grandmother Gay Dearing of Wimberley, TX; and many aunts, uncles and cousins, as well as legions of friends and colleagues. Franki’s final arrangements were handled privately by the family. However, there will be a public Flag Lowering Ceremony in Franki’s honor on Tuesday, March 5, 2019 at 9:30 am hosted by the University of Texas at Austin and Franki’s family. The ceremony will take place on the UT Main Mall, in front of Main Building (UT Tower). All who knew and loved Franki are invited to attend. Best parking for those coming from off campus will be in the UT San Antonio Garage, 2420 San Antonio Street. If wishing to make a memorial contribution, the family recommends the University of Texas College of Education – Center for STEM Education. Mail donations to University Development Office, PO Box 7458, Austin, TX 78713-7458. Note on the check or cover letter “Center for STEM Education in memory of Franki Aymond.” Or donate online at  https://giving.utexas.edu/ If you prefer, any memorable donation to the charity of your choice will be welcomed.

The family of Frances Wright Aymond created this Life Tributes page to make it easy to share your memories.

Send flowers to the Aymond family.