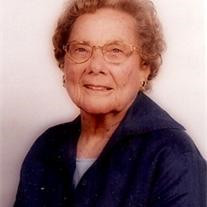 Frances Preston Brady, 94, passed from this life into the next at Christopher House, Austin, TX, on March 2, 2011, with her daughters by her side. She was born in Austin, TX, on September 2, 1916, to Annie Mary and Walter White Preston. She was raised in Lockhart, TX and graduated from Lockhart High School in 1934. She attended the University of Texas and received a Bachelor of Science Degree in Physical Education in 1938, where she met and married Harold Vernon Brady. In 1973 and continuing through 1992, she accepted the position of Dormitory Administrator and Head Resident for the Kinsolving, Blanton, Carothers, and Littlefield dormitories in the Division of Housing and Food Service at the University of Texas. She was an avid supporter of UT athletics and was especially proud of the student-athletes that lived in the dorms. In 1992, she transferred to the Vice-President?s Office in Public Relations where she worked until her retirement in 1995. She continued to be active in UT activities, athlete events, Longhorn Foundation, L.A.M.P. lectures, Thankful Hubbard Chapter of the Austin DAR, and the Retired Faculty Staff Association. She spent numerous hours volunteering for the Austin Symphony and Austin Convention Center. She is survived by her daughter and son-in-law, Margaret Anne and Don Trammell of Kyle, TX; her daughter, Carolyn Fagan of West Lake Hills, TX; grandchildren William Trammell, Brady Trammell, Edmund J. Fleming, Kimberly Fleming, and great granddaughter, Kristina Trammell. She was preceded in death by her parents, her husband Harold Vernon Brady; brother Walter Preston, and twin brother Dr. Lewis Preston. The family is grateful for the personal and professional services from Hospice Austin. God saw you getting weary, He did what He thought was best; He put His arms around you And said, "Come and rest." He opened up His golden gates On that heartbreaking day, And with His arms around you You gently slipped away. It broke our hearts to lose you, You did not go alone; A part of us went with you The day God called you home.

Frances Preston Brady, 94, passed from this life into the next at Christopher House, Austin, TX, on March 2, 2011, with her daughters by her side. She was born in Austin, TX, on September 2, 1916, to Annie Mary and Walter White Preston. She... View Obituary & Service Information

The family of Frances Brady created this Life Tributes page to make it easy to share your memories.

Frances Preston Brady, 94, passed from this life into the next...

Send flowers to the Brady family.