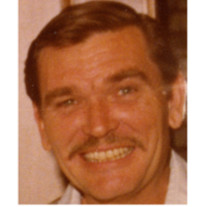 Visionary businessman George William “Bill” Church, Jr. died in Austin, TX on February 7th. Bill was born in Kansas City, MO December 23, 1932 and served in the U. S. Navy from 1951-1955 as an aircraft mechanic. When his father, Church’s Fried Chicken founder George W. Church, Sr. died suddenly in 1956, his sons took over responsibility of running the company. In 1962, Bill assumed leadership and with his vision and direction propelled the business to expand nationally and finally internationally to become a Fortune 500 company. Bill had a lifelong love of chess and was ranked as a “Class A” chess player. An accomplished and passionate golfer, Bill was a Founding Member of Troon Golf and Country Club in Scottsdale, AZ where he formed many friendships. He enjoyed the study of physics, participating and investing in alternative energy research. Conservative by nature, but open-minded, he respected the views of others and enjoyed political and philosophical debate. He will be dearly missed as a beloved father, uncle, friend and mentor. He is preceded in death by his parents Jessie and George Church, siblings Richard Church, Virginia Bloxham Sholund, and Robert “Bob” Church. He is survived by sister Jeane Buldain, children Melinda G. Church, George William Church III and their mother Kaye C. Edwards, grandchildren Shayna Bright, Anton Curley, Audrey Church and Miles Church, and many nieces, nephews and their families. A private memorial was held by the immediate family.

The family of George William Church Jr. created this Life Tributes page to make it easy to share your memories.

Send flowers to the Church family.