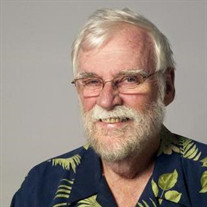 From The Austin Chronicle 7/28/2017 by Richard Whittaker It's the undoubted end of an era in Texas reporting today, as the Austin American-Statesman reports that veteran columnist John Kelso has died at the age of 73. A National Press Club award winner and 13-time Best of Austin winner, Kelso's satirical columns were a fixture at the Statesman for 40 years. Over time, he became one of the defining voices of Austin, especially representing a particular strand of South Austin identity, tied up in traditions of BBQ and the Broken Spoke. However, like many Austinites, he was adopted by the city, not native to it. Born in Fort Sill, Oklahoma, raised in Maine, and educated at the University of Missouri in Columbia, Mo., Kelso's first jobs in journalism were back in New England at the Manchester Union-Leader and the Portsmouth Herald. In 1976, he moved to Austin and joined the Statesman, starting the regular column for which he became most famous the following year. Its trademark became a combination of social and political commentary, and a humor often described as down-home. In the ensuing 40 years, his humor became a defining aspect of the daily paper. It even extended after being diagnosed with cancer in 2009, and even beyond his supposed retirement in 2011, and a second bout of cancer in 2016. His final column (bemoaning the lack of good handymen in Austin while poking a typically sly finger at his own lack of practical skills) ran on July 2 of this year. Kelso is survived by his wife, Kay, and step-daughters Lauren Williams and Rachel Calvin. Per the Statesman, the family asks that any memorial donations go to People’s Community Clinic in North Austin or canine charity Spinone Rescue of America.

From The Austin Chronicle 7/28/2017 by Richard Whittaker It's the undoubted end of an era in Texas reporting today, as the Austin American-Statesman reports that veteran columnist John Kelso has died at the age of 73. A National Press Club... View Obituary & Service Information

The family of John Kelson created this Life Tributes page to make it easy to share your memories.

From The Austin Chronicle 7/28/2017 by Richard Whittaker

Send flowers to the Kelson family.