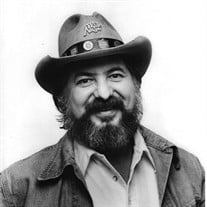 Juan Antonio “Sonny” Falcon On December 19, 2019 Juan Antonio “Sonny” Falcon, slid safely home, surrounded by those who loved him most. Sonny was born March 13, 1938 in Mercedes, Texas He played basketball & baseball for Mercedes High School. On the Baseball diamond he excelled, as a Freshman he beat out the upper class-men for the starting Varsity catcher position, a feat unheard of in the 1950’s. He was labeled as a “troublemaker”, because he would stand up for the little guy and speak up about social issues. Yet he did these things in a kind and gentle way trying to make light of his feelings through humor. He graduated from Mercedes High School in 1957. He played semi-pro baseball and attended Texas A& I. He entered the Naval Reserve until an officer whom had a strong racial bias finally pushed him too far. He quit and the officer threatened him that “he would have him drafted” and with Sonny’s divine and humorous way he replied “he wasn’t smart enough to have him drafted”. Sonny was awarded an Honorable Discharge and made his way to Austin in December 1958. His first job was working at Glastron Boat Company sanding fiberglass boat hulls, a job he said was the worst he ever had. He then went to work for Austin Meat Company where he spent several years. After quite a long courtship he married Guadalupe “Lupe” Guajardo in November of 1962. He eventually took the Meat Market Mangers position at Guajardo Cash Grocery, a position that he did not know would make history. The family store at the corner of 9th & Lydia was the epicenter for many endeavors to follow. He began to make barbacoa de cabeza in the back bakery of the store, this lead to the foundation of what would become Falcon Food Products, the first State Inspected Food Processing plant which produced Barbacoa de Cabeza commercially in Texas. Falcon Food Products supplied many local grocery stores and restaurants with unequaled products including Barbacoa de Cabeza, Chorizo Mexicano and Chicharrones. His first restaurant was Taco Tyme on S. Congress across from the School For The Deaf. Little would he ever know that in September 1969 he would revolutionize Tex-Mex cuisine forever at a small Dies y Seis de Septiembre Celebration in Kyle, TX. It was there he sold the 1st Fajita ever. Sonny introduced Fajitas to the world or what he called “a little bit of heaven rolled up in a tortilla.”. In the mid 1970’s a local Austin reporter called Sonny the “King of Fajitas” and soon Sonny was known as the “Fajita King”, shortly thereafter he was awarded a State Trademark for “Fajita King™”. He operated several restaurants under the Fajita King trademark, but many would find him traveling all over the state selling fajitas by the tens of thousands every weekend. The Fajita King™ was fixture at events such as the; Turkey Trot races in Cuero, Texas Arts & Crafts Fair in Kerrville, West Texas Fair and Rodeo in Abilene, Livestock Shows & Rodeo in San Antonio or Mercedes, Austin Aqua Fest & Pecan Street Festivals in Austin . He was the premier caterer for Willie Nelson’s Pedernales Country Club. Lady Bird Johnson was a fan and asked Sonny cater one of the opening events for the Texas Wildflower Research Center. Arnold Palmer fell in love with fajitas at The Legends of Golf tournament held at Onion Creek Country Club and for the remainder of the tournament Ms. Palmer would be frequent visitor to his booth. There are countless stories that can be told. Sonny and Lupe had three sons, they showered them with love and support through out their lives. Through their kids participation in PTA’s, scouting, baseball and all things Travis Heights or South Austin related was simply amazing, Sonny was always quick to help with Fajita fundraisers. He also had huge roles in civic organizations such as LULAC, South Austin Evening Lions Club where he served a term as President and South Austin Little League serving as Commissioner. He also served on many Travis County and Federal Grand Juries. There never was a road trip that Sonny ever said “no” too.There were great vacations from coast to coast with family, or his part Carney (and we mean this in a loving way) world of traveling the state with his fajita operation or some form of a tailgate experience with the Longhorns. Sonny was avid Texas Longhorn Baseball fan and his place amongst the Wild Bunch is forever cherished with his Longhorn Baseball family. There are many documented laughs and miles through John Kelso’s newspaper columns. Longhorn super fan Scott Wilson and Sonny were quite the comedic duo of the American Road. On Monday December 16th- Sonny ventured out on his final road trip of his life to his hometown in South Texas. He was preceded in death by his Wife of 56 years, Guadalupe Falcon. Step Father Gregorio Vega, Mother Maria De La Luz Vega, his Brother Alfredo “Fred” Falcon, and former Brother in law Pablo Gonzalez. He is survived by his beloved Sons: John D. Falcon and wife Mimi Curry, Robert J. Falcon and wife Lorie, Jose A. Falcon and wife Sheila; Sister Alice Solis and brother in law Larry. 9 grandchildren and 2 great granddaughters. Friends are invited to share memories and tributes with the family at: www.centraltexascremation.com Funeral Arrangements are entrusted to his Sons: Robert J. and Jose Falcon- The Falcon Family Funeral and Cremation Service and Affordable Burial & Cremation Service of Austin,TX. Instead of flowers: Memorials may be made in Sonny's name to: South Austin Baseball C/O Charles Schreiber 1401 Hillmont St Unit A Austin, TX 78704 or Casa Marianella https://rally.org/casamarianella

The family of Juan Antonio "Sonny" Falcon created this Life Tributes page to make it easy to share your memories.

Send flowers to the Falcon family.