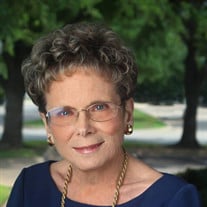 Linda Chaison, age 72 of Temple, passed away Wednesday, December 15, 2021 at her residence. A memorial mass will be held 10:00 a.m. January 29th, 2022 at St. Luke’s Catholic Church, 2807 Oakdale Drive, Temple, TX with a reception following. The family will also be hosting a memorial in Comfort, TX on February 5th. Linda was born Apr. 29, 1949, in Fredericksburg to Robert Hamlyn and Ella Hamlyn. She graduated from Lampasas High School and attended Texas Woman’s University. Linda married Robert Chaison in 1970 and was the President of Centraland Title Co. from 1986 until her retirement in 2017. Before working at Centraland, Linda was a legal secretary for several attorneys to include Stanley Kacir and Richard Mewhinney. Along with her husband Robert, Linda is survived by her mother Ella Hamlyn, her son, Michael Chaison and wife Christine, of Leander, two granddaughters, Catherine Chaison and Elizabeth Chaison; brothers, Robert Hamlyn, David Hamlyn; and numerous nieces and nephews. Linda’s family would like to recognize the support and assistance of Amedisys Hospice and Visiting Angels of Temple; specifically Lisa Elliot, Gretchen Hook, LaCrystal Waterman, Gary Baxley, Linda Morado, Angela Booker and Kandice Acosta. They would also like to recognize family friend and caretaker Cindy Vanderboom. She is preceded in death by her father. Linda’s granddaughters were the light her life, in lieu of flowers, donations may be made to their individual college funds or the American Red Cross.

The family of Linda Diann Chaison created this Life Tributes page to make it easy to share your memories.

Send flowers to the Chaison family.