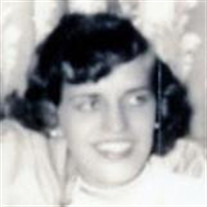 Marilyn Alice (Welsand) Lamping died in Austin, Texas on November 12, 2019 at Hospice Austin Christopher House. She was a dedicated learner and an enthusiastic and appreciated teacher throughout her lifetime. Marilyn was a devoted mother who instilled a strong and independent spirit in all of her children. Born in Detroit, Michigan on March 20, 1933, Marilyn attended St. David’s Elementary and High School. She earned a Bachelor of Arts degree from Eastern Michigan University and a Master of Arts from the University of Michigan. Her studies in English Literature were particularly focused on the works of William Faulkner. Marilyn taught English, literature, linguistics, and technical writing through a varied teaching career that took her from Parkside High School in Jackson, Michigan, to Tuskegee Institute and Auburn University in Alabama, and eventually to Austin Community College. She contributed multiple entries for “American Women Writers, Critical Reference Guide” published in 1979. Marilyn left academics to become a technical writer at Superior Oil Co. in Houston, Texas and later for the City of Austin where she was both a technical writer and a trainer. She volunteered at Learning Ally – Recording for the Blind, Austin CASA (Court Appointed Special Advocates), and taught English as a Second Language well into her 70s. Marilyn also actively contributed to efforts to establish the Hancock Local Historic District in Austin. She was preceded in death by her parents, John B. Welsand and Eleanor (Klopocinski) Welsand, sister-in-law Virginia (Keller) Welsand, sister-in-law Carol (Lamping) Schulte, brother-in-law William Schulte, daughter-in-law Marianne Adams Lamping, son-in-law Timothy Spry, and her ex-husband, William Jay Lamping. Marilyn is survived by her brother John B. Welsand Jr., son William J. Lamping Jr. (Kathryn), daughter Linda Lamping, daughter Laura Seyfang, son Michael Lamping (Vernetta), son David Lamping, and son Joseph Lamping (Catherine). She is also survived by her grandchildren, Elizabeth Diamond (Matthew), Jacqueline Lamping, Hannah Seyfang, Abigail Seyfang, William V. Lamping (Katia), Elena Lamping, Nicholas Lamping, Justin Lamping, and Jonathan Lamping, as well as her great-grandchildren, Adelaide Diamond, Nolan Diamond, and Maria Lamping. Her love and talent for teaching extended to teaching piano to one of her grandchildren in her final years. Marilyn’s family would like to thank everyone who participated in her care at Seton Hospital and at Hospice Austin Christopher House. The family appreciates all their professional and dedicated efforts. A Celebration of Life will be held for close family members in Detroit. Anyone wishing to honor Marilyn’s memory can make a donation to Literacy Texas at literacytexas.org.

Marilyn Alice (Welsand) Lamping died in Austin, Texas on November 12, 2019 at Hospice Austin Christopher House. She was a dedicated learner and an enthusiastic and appreciated teacher throughout her lifetime. Marilyn was a devoted mother who... View Obituary & Service Information

The family of Marilyn Alice Lamping created this Life Tributes page to make it easy to share your memories.

Send flowers to the Lamping family.