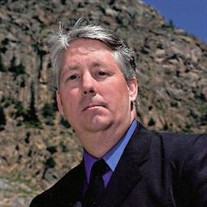 Dr. Mark Carl Samuel, 57, died after a 17 month struggle with cancer on Friday, January 23, 2015 in Killeen, Texas. He was born September 17, 1957 in Ft Benning, GA. As a proud “army brat,” he attended schools in Arizona, California, Louisiana, Maryland and Texas, where he graduated from Robert G. Cole High School at Ft. Sam Houston in 1975. He attended Stephen F. Austin University in Nacogdoches, Texas for one year and then transferred to the University of Texas in Austin where he graduated with a degree in Engineering Science. For the next 17 years, Mark worked as a Nuclear Engineer for Southern Services in Birmingham, Alabama, and Comanche Peak, in Glen Rose, Texas. While working at Comanche Peak, he volunteered with the Glen Rose Fire Department as an EMT and attended Tarleton State University, where he earned a Masters in Biology. Continuing his passion for medicine, Mark then attended Texas Tech Medical School in Lubbock, Texas, where he received a Doctorate of Medicine. It was shortly after obtaining his M.D. that Mark was diagnosed with cancer. Mark was an avid cyclist and never missed a day of cycling whether it was riding through the hills of Texas, attending a long distance cycling event, or riding with friends in the bike club. Mark’s love of cycling took him to France where he watched and rode many of the Tour De France stages. At one point Mark owned over fifty bicycles including several LeMond, Cannondale, and Trek bicycles. One of Mark’s last bicycles was one he built from scratch. He had this bicycle chromed and painted with his signature HATM. Mark was also a tennis enthusiast. While attending Cole, he was a member of the school’s tennis team winning numerous tournaments and making lifelong friendships. Mark enjoyed supporting and watching all the Texas Longhorn sports, including volleyball and swimming. He was a season ticket holder for Longhorn basketball and enjoyed attending the games with an old high school friend and college roommate. At the time of his death, Mark was looking forward to attending a UT Basketball game with several of his high school friends. On the day Mark passed, he wore his burnt orange. During his battle with cancer, Mark was visited by many old friends and met many new ones. He cherished his friendships, enjoying the visits and reminiscing about the old times. He was truly blessed with some great friends. The family gives a special thanks to Dr. David George, the nurses and staff at Texas Oncology Round Rock who treated him with compassion, care and shared their life stories with him. Also a special thanks to the nurses and staff of Standard Hospice. He is survived by his father, Charles Samuel; mother, Virginia Piper; sisters Suzanne Blau of Fountain Colorado, Martha Samuel of Killeen, Texas, and Rebecca Slowik of Eldersburg, Maryland. Per Mark’s wishes a memorial services will be held privately at a later date for family and a few select friends. Memorial donations may be made in Mark’s name to the Texas Oncology Foundation, The American Cancer Society or a charity of your choice.

The family of Mark Carl Samuel created this Life Tributes page to make it easy to share your memories.

Send flowers to the Samuel family.