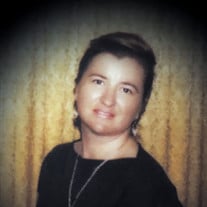 Martha Albina Bedrich died Sunday, Dec. 9, 2018 at Creekside Terrace Nursing Center in Belton, TX after a lengthy battle with cancer. Born July 13, 1945 in Holland, TX, she was the daughter of Benjamin and Albina (Janosec) Vojtas. She graduated high school in Academy, TX and beauty college in Temple. On January 11, 1964 Martha married Alvin L. Bedrich, of Temple, TX. Upon marriage she followed her husband to Topeka, KS where he was stationed at Forbes Air Force Base. It was there that they took shelter, on June 8, 1966, from the tornado that devastated Topeka. They lived in numerous places during his military service. Martha and Alvin welcomed the birth of their only child, Mark, in 1968. Shortly thereafter, in 1970, they moved to Boerne, TX where she worked as a Nursing Aide for several years. Finally in 1993 they settled on the farm where Alvin was raised in Ratibor, TX. Growing up, Martha was remembered as a shy young woman with a quick smile. During her life she loved things like going to the Texas coast, listening to polka music and speaking Czech with her family. She had a special relationship with her grandson Matt, who could make her laugh or roll her eyes at his witty sarcasm. Through the years Martha was in need of nursing help herself. The appreciation she showed for her own caregivers was a reflection of the time she herself spent caring for others. As she neared the end of her life, she was admired for her strength and how she endured her illness without complaint. Survivors include her husband of nearly 55 years, Alvin Bedrich; a son, Mark A. Bedrich (Lisa) of Pinedale, WY; two sisters, Vee Jackson of Dallas, TX and Evelyn (Frank) Jez of Temple; a brother, Raymond (Risa) Vojtas, of Reynoldsburg, OH; and a grandson, Matt Bedrich of Houston, TX. Martha was preceded in death by her parents and a brother, Daniel Vojtas. Martha attended the North Temple Congregation of Jehovah's Witnesses. In later years when her illness made it difficult for her to attend in person, she would regularly listen in by telephone. She had a strong faith that in the near future she would be able to accomplish the things she was prevented from doing because of her health conditions. “Jehovah supports all who are falling And raises up all who are bowed down. All eyes look hopefully to you... You open your hand And satisfy the desire of every living thing.” -PSALMS 145:14-16

The family of Martha A. Bedrich created this Life Tributes page to make it easy to share your memories.

Send flowers to the Bedrich family.