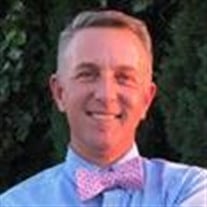 Mikel Don Stapleton, who also answered to Junior, El Burro, Guero, Little Buddy, Mr. Smee and Uncle Skunky, died suddenly December 21, 2014 at his home in South Austin. He was 46. A seventh generation Texas and lifelong resident of Austin, Mikel loved his friends, barbecue, fishing, college football, biscuits and gravy, his friends, being southern, fishing, vintage audio equipment, his Uncle Roky Erickson’s gigs, Dr. Pepper, animals, arguing, fishing, his friends, photography, the art of sound, righting wrongs, fishing, and Big Red. And his friends. Not necessarily in that order. Mikel never met a stranger, which could explain why ATEX Service Company calls often ran longer than expected. It wasn’t that Mike (owner of ATEX) couldn’t fix your heating or AC system quickly, it was that he had to stop to play with the dogs, fix the broken garbage disposal you made a passing mention of in conversation (and make that repair at no charge), share his thoughts on a new CD (or five), give you directions to that new barbeque joint everyone is talking about (with a review, along with the names of the pit master and everyone working the dinner shift) and discuss the fine art of sushi before writing up your ticket. He hated phonies and found great pleasure in things that were raw and real: nature, good music and when the little guy beat “the man.” A former Board member of the Recreational Fishing Alliance, Mikel worked hard to make Texas a better place for fish and fishermen (though a quick look at his Facebook page filled with photos of Mikel and friends on his boat with huge catch after catch could lead one to believe that things have worked out a bit better for the fishermen than the fish). Mikel was also on the Board of the Recovery Alliance of Austin and was passionate about helping people who were starting out in recovery and those needing a little help maintaining their sobriety. He loved helping people get better. But not as much as he loved his two children, Cody Daniel and Elise Brooke Stapleton, his wife Ginny Stapleton, and his three beloved rescue pitties: Phoebe, Finley, and Fiona, all of South Austin. Mikel (Or Uncle Skunky to niece and nephew Emily and Matthew Clearman) is also survived by his two fathers, Steve Stapleton and Mikel Erickson; brothers Jason (Stacy) Erickson, Will Erickson, Jesse Erickson, and Jacob Erickson, Joe Smith, and Brian Stapleton; a sister, Andrea Erickson Lee, and brother-in-law Joey (Angela) Clearman. A memorial gathering will be held on Monday, December 29th at 6:30pm at Mercury Hall, 615 Cardinal Lane, Austin, TX 78704. Cody will be starting classes at Texas State next month and the family is requesting that, in lieu of flowers, you make a donation to the Stapleton College fund for Cody and Elise. A GoFundMe account has been set up in his honor: http://www.gofundme.com/j8m3iw

The family of Mikel Don Stapleton created this Life Tributes page to make it easy to share your memories.

Send flowers to the Stapleton family.