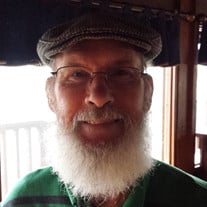 Milton Ray Kirchmeier, was born August 31, 1942, to the late Earl and Jo Kirchmeier, in Clovis, New Mexico. He grew up and graduated high school in Alamogordo, New Mexico. After graduation, he, his parents and brother, Leon Kirchmeier, moved to Gatesville, Texas. He met the love of his life, Peggy Poston and they married in January 30, 1962. He then went to college at Wayland Baptist College in Plainview, Texas where he graduated in 1968, with a Bachelors in Philosophy of Religion. He, his wife, and two boys, Ray and John, moved to Fort Worth, Texas where he attended Southwestern Theological Seminary. In 1970, they welcomed a baby girl, Jana Jo. After pastoring three churches, he returned to being a mechanic. He worked for Helm Larry Ford Dealership in Fort Worth Texas, for eight years, before moving to Salado, Texas in 1979, where he opened his own car repair shop, Milton Kirchmeier’s Auto Excellence. He and his family ran this business for 32 years. Upon retirement, he and Peggy moved to Belton, to be close to his oldest son, Ray and family, after being diagnosed with Alzheimer’s disease. He resided with his wife, Peggy, until his death on May 7th, 2019. Milton was a brilliant mechanic. When he was 16, he raced cars against his Uncle Ervin in Alamogordo, NM and finished second in points, his first year, only beaten by his Uncle. After moving to TX, his father opened a garage with his sons called Kirch & Son’s. After moving to Fort Worth, Milton took up motorcycle trail riding and Co-founded NTTRA (North Texas Trail Riders Association) later becoming TCCRA (Texas Cross Country Racers Association) and raced with his family. After moving to Salado, the family changed from motorcycle racing to his original love of car racing, which continues today by his grandson, Dillon Payne. Locally, he raced at Stars and Stripes Speedway in Killeen and Heart O TX Speedway in Elm Mott. Milton is survived by his wife, Peggy; brother, Leon; sons, Ray and John; daughter, Jana Payne; eleven grandsons; two granddaughters; and two great-grandchildren. He is preceded in death by his parents, Earl and Jo Kirchmeier. Milton was cremated and his memorial is scheduled for June 1, 2019, 10:00 a.m. at Anchor Of Hope Fellowship at 5700 FM 439 in Belton.

Milton Ray Kirchmeier, was born August 31, 1942, to the late Earl and Jo Kirchmeier, in Clovis, New Mexico. He grew up and graduated high school in Alamogordo, New Mexico. After graduation, he, his parents and brother, Leon Kirchmeier, moved... View Obituary & Service Information

The family of Milton Ray Kirchmeier created this Life Tributes page to make it easy to share your memories.

Send flowers to the Kirchmeier family.