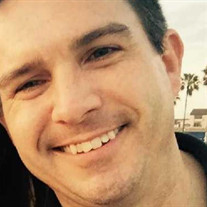 Nathan “Nate” Douglas Johnson, 43, died Sunday Oct. 20, 2019 from accidental carbon monoxide poisoning. Nathan‘s car had developed an exhaust leak. He was living in Frisco, Texas. Nathan was born Dec. 28, 1975, in Dallas, Texas. He was a successful, natural born Salesman. He graduated with a Management Information Systems degree from the University of Texas at Dallas. Nathan was in the Talented and Gifted program from elementary school through graduation from Woodrow Wilson High School, Dallas, TX. He lettered as All District Punter for his accomplishments with the Varsity Football team. He graduated with the Class of 1992 with National Honor Society Honors and with Academic Top Ten Student awards. Nathan was an honored Eagle Scout. He sold fundraisers door to door to pay for his trips to Philmont Scout Ranch in New Mexico, and to the National World Scout Jamboree in Williamsburg, Virginia. He attended Stephan F Austin State University there playing football his freshman year as their punter. Nathan loved to be surrounded by family and friends. They were all very important to him. He was always there to help anyone in need, friend or stranger. He was funny, outgoing and loved to talk, a lot. He will be remembered with great admiration from all who knew him. He is survived by his mother Barbara Johnson; his father and stepmother Jack and Vickie Johnson; half-sister Rachel Coffee; half-sister Mary Katherine Franz; step-sister Amanda Williams, step-brother Eric Williams; step-brother Blake Kirkpatrick; aunt Debi Brinker; uncle James Brinker; aunt Beverly Danko; uncle Frank Becky; cousin Brennan Johnson; cousin Hannah Nokes; cousin Julia Wilmeth; numerous other aunts, uncles, cousins, nieces and nephews. He is preceded in death by grandparents, Robert W Johnson and Mary Johnson Phanenstiel; James and Veronica Brinker; uncle Douglas Price Johnson; step grandparents Dale Holmes and Marjorie Holmes Harrell and aunt Bonnie Becky. Services will be held at 2 p.m., Friday Nov. 1, at Twin Lakes Fellowship, 1150 S. Bell Blvd, Cedar Park, Texas, Michael Hall officiate. Burial will be at Twin Lakes Memorial Park. Contributions in memory of Nathan may be made to the Daryl and Shirley Jenkins Foundation dedicated to the prevention of deaths and injuries due to accidental carbon monoxide poisoning, at home and when traveling. Here is the link to the Jenkins Foundation website https://thejenkinsfoundation.com/

The family of Nathan Douglas Johnson created this Life Tributes page to make it easy to share your memories.

Send flowers to the Johnson family.