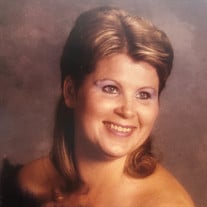 Patricia “Pat” Ray, of Brenham, passed away Thursday, November 29, 2018. Pat was born February 3, 1951 in Brazoria County to W.A. “Jack” Bass and Lillie Weidner Bass, the oldest of 3 children. She grew up and went to school in Freeport, Tx, graduating from Brazosport High School in 1969. From there, she attended Sam Houston University. She spent much time after her college years, in Brenham, Tx, raising her two daughters, Shannon and Brandy. She also successfully completed cosmetology school in the late 1980’s. She later relocated to Mexia, Tx and boasted that her time living at Lake Mexia contained some of her happiest memories, spending many summers boating with her family and hosting many family gatherings at her lake house. She battled breast cancer twice during her lifetime and came out on top both times. She showed everyone throughout these struggles what a strong, courageous person she truly was. Later in life, Pat found herself back in Brenham, Tx to live the remainder of her life there with her two very spoiled small dogs that she adored. Her most joy later in life, though, came from spending time with her two granddaughters, Brooke and Brenna. She loved to brag on her granddaughters and was so proud of each of them. She would tell anyone and everyone that would listen of their latest accomplishments or show off pictures. They were the true joy in her life and will miss her terribly. She was preceded in death by her parents, W.A. “Jack” Bass and Lillie Weidner Bass. She is survived by her two daughters, Shannon Jacobs, of Brenham, Tx; Brandy Scott and husband Brad Scott, of Bryan, Tx; two granddaughters, Brooke Scott and Brenna Scott, both of Bryan, Tx; two brothers, Robert Bass and wife Amanda Bass, of Seabrook, Tx and Brian Bass and wife Patricia Bass, of Kansas City, KS; her Aunt Bettye, numerous cousins, nieces, nephews, great-nephews and great-nieces; her extended family and many adoring friends. A private family gathering is being planned and the family ask that any donations be made in Pat’s memorial to the American Cancer Society.

The family of Patricia Ray created this Life Tributes page to make it easy to share your memories.

Send flowers to the Ray family.