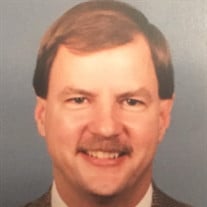 Paul Alan Gust (Gus) It is with a heavy heart that the family of Paul Alan Gust announces his passing after an 8 year struggle with frontotemporal dementia, on Friday, August 31, 2018 at the age of 70 years. Paul was born in St. Paul MN on October 8, 1947 into the family of Roberta and Lloyd Gust, the youngest brother to Ray and Dave Gust. The entire family was involved in Boy Scouts of America and each served in a branch of the military. Paul graduated from Johnson High School in 1965 and chose to join the Air Force. His favorite work was as a crew chief of F105 Thunderchief aircraft during the Vietnam war and later F-100 Super Sabres when based at Lakenheath airbase in the UK. This type of highly mechanical work was informed and inspired from an early age by Paul’s curious disassembly and accurate restoration of any mechanical device from radios to lawn mowers at his childhood home. “Paul could fix anything” was said of him in his later years. When his service in the Air Force took him to England, he met and married his first wife Linda Boyd, and when his military service ended he took up work in the installation and service of telephones in the Wisbech area. Paul and Linda produced two children, Kristine (Standen) and Ben. Kristine still resides in the UK in Lincolnshire and Ben now lives in the US in Denver, CO. Paul always had a deep interest in automobiles, and began his passion for restoring and repairing them in the UK, extending this interest when he moved back to the US, this time to Texas, where his parents and brother Dave now lived. Paul took particular interest in British sports cars, especially MGs, and was a founding member of the MG car club in San Antonio, TX. At this time Paul met his future wife Cindy (nee Sutherland), whom he later married and in the process gained two step sons, Merritt and Jordan Myers. After a long career in the telecom industry in and around the San Antonio area Paul retired with his wife Cindy to Cedar Park, TX to be closer to family. Paul is survived by his wife of 30 years, Cindy, brother David Gust, daughter Kristine (Standen), son Ben Gust, step sons Merritt and Jordan Myers, along with 7 grandchildren. A memorial service will be held at Peace Lutheran Church, 10625 N. FM 620, Austin, TX on September 27th, 2018 at 2:30 p.m. Paul’s ashes will be interred at Fort Sam Houston National Cemetery, 1520 Harry Wurzbach Rd, San Antonio, TX on September 28th, 2018 at 2:30 p.m. Flowers are welcomed, and memorial contributions for Paul may be made in his name to Peace Lutheran Church.

Paul Alan Gust (Gus) It is with a heavy heart that the family of Paul Alan Gust announces his passing after an 8 year struggle with frontotemporal dementia, on Friday, August 31, 2018 at the age of 70 years. Paul was born in St. Paul MN on... View Obituary & Service Information

The family of Paul Alan Gust created this Life Tributes page to make it easy to share your memories.

Paul Alan Gust (Gus)
It is with a heavy heart that the family...

Send flowers to the Gust family.