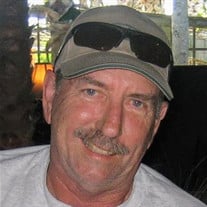 Paul Kuehlem was born in Lebanon, Pennsylvania, to Bessie and Eric Kuehlem. Paul’s elder siblings (now deceased), Eric and Patricia, were born in England; Paul and his younger brother Henry were the first siblings born in the United States. A military family, the Kuehlems’ resided in PA, FL, MS, NY and ultimately Texas, where his father retired from the Air Force in San Antonio. Paul graduated from Highlands High School and San Antonio College in San Antonio and matriculated to the University of Texas Austin, pursuing a degree in business. A veteran of the Vietnam War, Paul volunteered to serve his country by joining the Air Force in 1971. After basic training, he was assigned to a unit in Southern California to train in advanced radio and 2-way communications technology, a skill he used for the rest of his life. He was assigned to Saigon, South Vietnam (now Ho Chi Minh City) and Udorn, Thailand, as an Air Force radio communications tech support specialist. Airman First Class Kuehlem was released from active duty and was reassigned to Bergstrom in 1974 and from there he returned to his studies at the University of Texas in Austin. Paul met his wife Marilyn in Austin and they married in 1979 in Port Isabel, Texas. He remained in Austin to work and raise a family until 2011, when he retired in Kingsland, TX. Paul’s children were the light of his life. In Austin, Pauls’ daughter Jill was born in 1975, Nick was born in 1982 and Max was born in 1988. His children and son-in-law, Kenny Fuller, loved every minute they spent with their father. Granddaughters, Macy, Millie and Maddie were a great delight to Paul and he spent many happy hours spoiling them. In Austin, Paul worked as a photographer and later as an electronics technician with Ace Communications. In 1985, he started working for Constant Communications as a communications specialist in the bourgeoning communications technology industry. He remained there until he retired, and was among an incredible group of radio pioneers who ushered in a wave of advanced radio and 2-way radio communications technology in Austin. He sold some of the first car phones used in Austin. Paul had an amazing talent for technology and was always interested in the latest computers and programs. He would help anyone, but he was usually known for helping family and friend keep up with changes. Sports were one of Paul’s great enjoyments, and throughout his life, he played tennis, volleyball, and golf. In San Antonio, he was a member of a spelunker group and explored many caves in Central Texas. Often through his life Paul would take his family to Rockport, Texas, where he fished. He also supported his sons’ soccer teams and followed his favorites— Tiger Woods, UT Longhorns and the Dallas Cowboys. Paul loved life and people and was a joy to anyone who knew him. He had long-time friends with whom he played golf and poker. Tom, Frank, George, James and others were among a group of abiding friends that continued for decades with many happy times. He was delighted when Roy would call and invite him to fly to New Mexico to golf or visit the ranch. First diagnosed with cancer in 2001, Paul has been fighting that battle for 18 years. He is now at peace, His final wish was for his ashes to be scattered in Red Fish Bay, the site of some of his happiest memories. He is loved dearly and will be missed until the end of time.

Paul Kuehlem was born in Lebanon, Pennsylvania, to Bessie and Eric Kuehlem. Paul&#8217;s elder siblings (now deceased), Eric and Patricia, were born in England; Paul and his younger brother Henry were the first siblings born in the United... View Obituary & Service Information

The family of Paul Kuehlem created this Life Tributes page to make it easy to share your memories.

Paul Kuehlem
was born in Lebanon, Pennsylvania, to Bessie and...

Send flowers to the Kuehlem family.