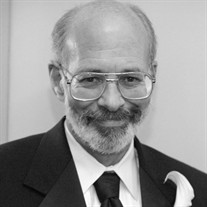 Peter Lockwood, 73, of Pflugerville, Texas passed away peacefully at home on September 26, 2020. Born in Utica, NY, Peter moved to Camillus, NY in 1959 where he graduated from West Genesee High School in 1964. He received an Associate in Science degree from Auburn Community College and Bachelor Arts from Syracuse University. He served in the US Air Force from 1965-1969, receiving Honorable Discharge, and in the National Guard from 1969-1974. After discharge Peter worked at ITS Telephone Co in Syracuse, NY as a Service Technician for 40 years. Peter married the love of his life, Beverly Kolb Garber on June 18th 1983. Together they raised and showed boxer dogs in Breed and Obedience under the kennel name of Hilldale's Boxers. Together they obtained several Champions and Obedience titles traveling the east coast and Canada. They were members of Onondaga Kennel Club, Middlesex Boxer Club and Life Members of American Boxer Club. Besides his love of family and his dogs, he enjoyed Willie Nelson, crossword puzzles and Spider Solitaire. After retirement, Peter and Beverly moved to Pflugerville, Texas to be close to their grandchildren. He is predeceased by his father, Fremont Lockwood in 2009 and mother Marijane Hill Lockwood in 2014. Surviving are his wife, Beverly of Pflugerville, TX, daughter Melinda (Scott) Millard of Pflugerville,TX, brother Charles (June) Lockwood of Camillus, NY, brother Richard (Jill) Lockwood of Ballston Spa, NY, Uncle Richard (Dick) Hill of Avon, CT, grandchildren Evan and Ryan Millard, several cousins, nieces and nephews. No calling hours. Family will have a Celebration of Life at later date. Contributions may be made to the American Cancer Society or the American Boxer Charitable Foundation at www.abcfoundation.org.

Peter Lockwood, 73, of Pflugerville, Texas passed away peacefully at home on September 26, 2020. Born in Utica, NY, Peter moved to Camillus, NY in 1959 where he graduated from West Genesee High School in 1964. He received an Associate in Science... View Obituary & Service Information

The family of Peter David Lockwood created this Life Tributes page to make it easy to share your memories.

Send flowers to the Lockwood family.