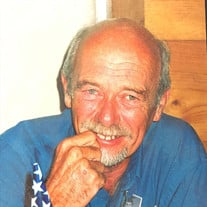 Robert Edwin Schmidt, known to many as Bob, passed away on July 4, 2018 surrounded by the loving energy of his family. Born on July 18, 1945 in Mission, Texas, Bob was the fourth child of Edwin Carl Schmidt, Jr. and Myra Ruth Schmidt (Shronts), both of Kankakee County, Illinois. He grew up playing among South Texas citrus groves and accompanying his father on his piano tuning assignments. Although young Bobby’s interests included baseball and learning how things worked, it was in learning the inner workings of a piano where he found his calling. As a young adult, Bob worked in the family business, Harmony House, in Mission, Texas. He married Jo Ann Brown at age 22 and together they had two daughters, Lori Ann, born in 1967 and Stacy Lyn, born in 1971. Bob married Gloria Rosaura (Rosie) Méndez in Brownsville, Texas in 1979. His daughter, Tanya Michelle was born in 1981 and son, Robert Edwin, Jr. was born in 1985. Bob’s personal interests included photography, writing and music. In 1994, he created “Cantos y Cuentos con Ani,” a Spanish-language children’s television show that successfully ran for four years. Perhaps his greatest professional achievement, Bob’s vision and creativity made thousands of children happy through a mix of original and traditional songs, clever skits and messages of positivity and joy. It was, however, with his children with whom Bob was happiest. He will be remembered as a loving father, always available to lend an ear and words of wisdom. He loved golf, the Houston Astros and Rockets, watching his children nurture their passions, coffee and cinnamon rolls. Bob is preceded in death by his grandparents Edwin Carl Herman Schmidt, Emma Rose Elizabeth Goebel, Hilton Harold Shronts, Elise Christine Hyrup, father Edwin Carl Schmidt, mother, Myra Ruth Shronts, brother Edwin Carl III, sister Judith Marie, brother William Joseph and grandson David Burton Krzan. He is survived by his sister Susan Myra Murphy, children Lori Cantrell, Stacy Kaaki, Tanya Dittberner and Eddie Schmidt, nine grandchildren and four great-grandchildren. The world is a better place having had him in it. Rest In Peace. Bob's Celebration of Life will take place at 1:00 p.m. on Saturday, July 21 at 12 Woodland Loop, Round Rock, Texas.

Robert Edwin Schmidt, known to many as Bob, passed away on July 4, 2018 surrounded by the loving energy of his family. Born on July 18, 1945 in Mission, Texas, Bob was the fourth child of Edwin Carl Schmidt, Jr. and Myra Ruth Schmidt (Shronts),... View Obituary & Service Information

The family of Robert Edwin Schmidt created this Life Tributes page to make it easy to share your memories.

Robert Edwin Schmidt, known to many as Bob, passed away on July...

Send flowers to the Schmidt family.