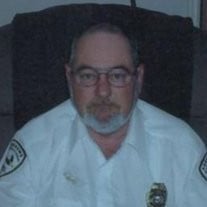 Roger Kenneth Whiting, age 61, died on Monday, Nov. 11, 2013 in his home in Killeen, Texas. He passed in the late evening of Veterans Day after a short battle with stage 4 brain and lung cancer. He was pronounced on Nov 12, 2013. He was born on June 28, 1952 to William and Virginia (Fitch) Whiting in Clarkson, New York, who both preceded him in death. Mr. Whiting is survived by wife, Deborah (Moore) of 29 years, two siblings: Kathy (Percy) Baney and Wayne (Mary) Whiting. Roger also had six children: Roger (Peggy) Whiting, Charlene (Jeremy) Leary, David (Jessica) Green, Dawn (Justin) Ashcraft, James (Michelle) Whiting and adopted son Dan Ohl. He also left behind 15 grandchildren: Kayla (Chance), Austin, Anna, Dominique, Briana, Hannah, Evan, Erica, Nia, Gillian, William, Karyn, Kaya, Glen and Gavin. He also had two great grandchildren: Landon and Levi. Roger also had his dogs that he loved very much: Brandy and Baby. Roger grew up in Albion, New York. He enlisted in the Army in 1970 and attended basic training in Fort Dix, New Jersey. He completed AIT at Fort Eustis, Virginia as a 67N (Helicopter Repairman). After completion of AIT, he deployed to The Republic of Vietnam. During his two tours in Vietnam, SSG Whiting served in the 238th Aerial Weapons Company, also known as the “Gunrunners” as part of the 286th Battalion, 1st Aviation Brigade. He served as a Door Gunner on a UH1C (Huey) Helicopter. His unit was stationed first at An Khe, then Phu Hiep, near the air base at Tuy Hoa, and finally on the Tuy Hoa airbase. The unit was an all gunship company and was normally assigned as general support for II Corps. February 1971, the unit was moved to Dong Ha north of Da Nang, near the DMZ, and took part in Operation Lam Son 719 in Laos. This is the Operation where SSG Whiting received his Distinguished Flying Cross, on 6 March 1971, where he distinguished himself by delivering deadly and accurate fire on an enemy bunker which enabled the success of a Dustoff Mission for a unit that was ambushed. It was also during that operation where SSG Whiting was awarded the Air Medal with V device on 19 March 1971. In support of a military operation SSG Whiting and his crew, while flying at dangerously low altitude, spotted and engaged an enemy force in support of a ground force. Although their aircraft sustained numerous hits they continued to dangerously lean outside the aircraft and return fire. The unit received the "Valorous Unit Award" for operations during Lam Son 719. All of those operations were flown in the "Bravo" and "Charlie" model Huey gunship. After his return to the United States, SSG Whiting was then stationed at Fort Sill, Oklahoma and then later to Fort Drum, N.Y. He spent 13 years fighting for our country. Roger loved to fish, camp, hunt and coach little league. He spent most of his time working on vehicles and raising 6 children. He also bred and raised Quarter Horses in his previous home in Casa Grande, AZ. His dream was to rebuild his pontoon boat and put it in the water at least once. He had his dream. The Memorial Service will be conducted at the 13th SC(E) Chapel, 39009 Support Ave, Fort Hood, Texas 76544 on Monday November 25, 2013 at 1500hrs.

Roger Kenneth Whiting, age 61, died on Monday, Nov. 11, 2013 in his home in Killeen, Texas. He passed in the late evening of Veterans Day after a short battle with stage 4 brain and lung cancer. He was pronounced on Nov 12, 2013. He was born... View Obituary & Service Information

The family of Roger Kenneth Whiting created this Life Tributes page to make it easy to share your memories.

Send flowers to the Whiting family.