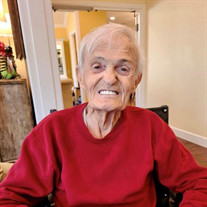 In Loving Memory Sammy Ray Chambers, died on January 25, 2022, in Round Rock, Texas at the age of 86. Sammy, born in Gatesville, Texas on December 4, 1936, was the youngest of three children born to Sam and Ada Chambers. In junior high and high school, Sammy was involved in football, but really enjoyed playing trumpet in the school band. The family moved to Midland, Texas in 1950 where Sammy finished high school and then attended business college. On August 23, 1961, he was enlisted into the Army and was based an hour outside of Seattle on Vashon Island in Washington. While he served during war time, he remained stateside until his release from active service in August of 1963. Sammy met the love of his life, Linda Kay Hunter and they married in Waco in 1974. Sadly, Kay died five years later, and Sammy never remarried or had children. When his mom and dad moved to Arlington to retire, Sammy moved there as well. He took courses in Arlington to get his pilot’s license and worked for a courier for several years in Dallas. While he had no children of his own, Sammy was a kind and gentle person and family meant everything to him. He always showed up for birthday’s, holidays, and took every opportunity to share time with nieces, nephews, and his many great-nieces and nephews. His time in the military near Seattle fostered in him a great love of nature, water, and the mountains. He studied the artistic style of Bob Ross and spent countless hours painting “happy little trees” in a variety of landscapes. He also learned his way around a jigsaw and created several exquisite and ornately carved clocks and other works but was forever humble about his skills. Sammy is survived by a sister, Frankie Gale of Pflugerville, Texas, several nieces and nephews including, Dana Seelye of Arlington and Melissa Gale of Round Rock, Mike, Mark, and Pam Holt in the Port Arthur/Austin area, as well as countless other great-nieces/nephews and cousins. He is preceded in death by a sister, Doris Holt of Slidell, Louisiana. Sammy will be laid to rest in a graveside service with full military honors on February 10, at 1:30 p.m. at the Dallas-Fort Worth National Cemetery in Dallas, Texas.

In Loving Memory Sammy Ray Chambers, died on January 25, 2022, in Round Rock, Texas at the age of 86. Sammy, born in Gatesville, Texas on December 4, 1936, was the youngest of three children born to Sam and Ada Chambers. In junior high and high... View Obituary & Service Information

The family of Sammy Ray Chambers created this Life Tributes page to make it easy to share your memories.

Send flowers to the Chambers family.