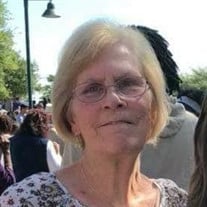 Sharon Ruth Lawler-Johnson, 72, of Austin, Texas Went to Heavenly Rest on Monday, September 17, 2018. Our beloved mother was a strong beautiful independent person for our little family and whose strength and life's stories will truly be missed... View Obituary & Service Information

The family of Sharon Ruth Lawler Johnson created this Life Tributes page to make it easy to share your memories.