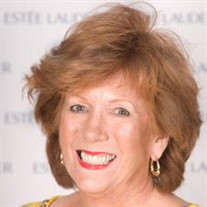 Shelba Jean Brewer Cowen, a longtime resident of Henderson, Texas, passed away peacefully the morning of February 2, 2019 in Temple, Texas. She was born June 25, 1937 and lived a lifetime of faith and with a perennial passion for music. Over the years, she left an indelible mark on countless students as a piano teacher and on congregations as a church organist. Jean grew up in the Concord community in East Texas, attending New Summerfield schools and received a degree in music education from Saint Louis Institute of Music. She became a beloved instructor, sharing her joy of playing piano throughout most of her adult life in Henderson, Texas. She was the organist for various Southern Baptist churches over the years, playing at many weddings and children’s programs. She eventually settled into her church home at Emmanuel Baptist Church in Henderson. Jean led an active life with a zeal for golf, home decor and personal style. She spent her later years volunteering with Hospice, serving the people in her community. Jean is survived by her adoring husband Charles Lynn Cowen of Temple, Texas, her son Jeffrey Lynn Cowen and his wife Diana Lane Cowen of Belton, Texas, two grandsons: the Reverend Charles Lane Cowen of Wilmington, Delaware and Michael Wayne Cowen of Chicago, Illinois, as well as many extended family and friends. She was preceded in death by her parents Foster Leo Brewer Sr and Trudie Mae Brown Brewer, grandparents Vol and Tommie Brown, Thad and Eddie Mae Brewer and her brother Foster Leo Brewer Jr. A memorial service will be held 2 pm on Saturday, February 23 at Emmanuel Baptist Church, 1406 S Evenside St, Henderson, TX 75654. In lieu of flowers, donations can be made to Hospice at https://hospicefoundation.org/Donate

Shelba Jean Brewer Cowen, a longtime resident of Henderson, Texas, passed away peacefully the morning of February 2, 2019 in Temple, Texas. She was born June 25, 1937 and lived a lifetime of faith and with a perennial passion for music. Over... View Obituary & Service Information

The family of Shelba Jean Cowen created this Life Tributes page to make it easy to share your memories.

Send flowers to the Cowen family.