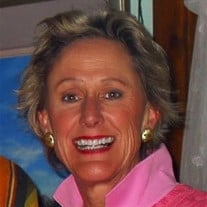 Susan Phillips Corrigan, 67 who lived on the Texas coast in Corpus Christi and Rockport, died unexpectedly, February 21, 2015 in Austin. A memorial service is scheduled for Wednesday, February 25, at 11:00 a.m. at the Episcopal Church of the Good Shepherd, Corpus Christi. A reception will follow in the church parlor. Honorary Pallbearers: “Her Boys”—John Thomas Bragg IV, L.L. Bruun, Michael Carberry, Oaks Carson, Clark Childers, Walker Hairston, Robert Kelley, Lucas Lee and Charlie Smythe. Born in Fort Worth, Susan grew up playing competitive tennis and adored playing golf with her father at River Crest Country Club. Summers, she and her family migrated to Lake City, Colorado. On the banks of the South Fork of the Gunnison River, she learned to fly fish and her love of the sport stayed with her for life. Lake City was her second home and the tradition began again with her granddaughters Bennett and Carson. Sunsets over Rocky Top Mountain or watching aspen logs burning in her fireplace were among her favorite times at her “Colorado House”. She attended Texas Christian University before marriage brought her to Corpus Christi. A member of the Junior League, she received the coveted ‘Love” award and was active in many volunteer projects. As Director of the Corpus Christi Yacht Club camp program she was beloved by the kids. As adults today, they still delight in the memory of her antics. An excellent shot, Susan loved South Texas quail and dove hunting. She was simply the most entertaining woman one could ever know. Appropriately, as a member of the Clowns Who Care, she brought laughs and joy to the young patients at Driscoll Children’s Hospital as “Duffy the Goofy Golfer.” She was an accomplished harmonica player. For the last years of her life, Susan lived under a live oak canopy in a special place called Beachwood. She, her children and grandchildren joined generations of families and friends who grew up together there. Along with Sage, her black lab who never left her side, she relished her peaceful life. In lieu of flowers, memorials may be made to the SPC Live Oak Fund, to plant and conserve live oak trees in Aransas County, or a charity of your choice. Donations may be sent to PO Box 1139, Fulton, Texas. 78358. Predeceased by her parents, Betty Ficke and John Phillips,Sr,, she is survived by her son, Robert Napier “Triple” Corrigan, III, daughter Bradley Elizabeth Johnson and husband Charles Barron Johnson, granddaughters Bennett Elizabeth and Carson Anne Johnson, sisters, Barbara Malley and Allison Phillips, brother John Phillips Jr., and her former husband, Robert Corrigan Jr., and numerous nieces and nephews.

Susan Phillips Corrigan, 67 who lived on the Texas coast in Corpus Christi and Rockport, died unexpectedly, February 21, 2015 in Austin. A memorial service is scheduled for Wednesday, February 25, at 11:00 a.m. at the Episcopal Church of the... View Obituary & Service Information

The family of Susan Phillips Corrigan created this Life Tributes page to make it easy to share your memories.

Susan Phillips Corrigan, 67 who lived on the Texas coast in Corpus...

Send flowers to the Corrigan family.