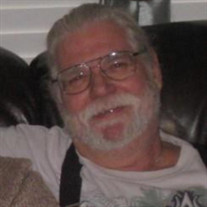 Thomas Cecil Hyde Jr. was born on July 30, 1952 in San Antonio, Texas to Thomas Cecil Hyde Senior and Grace Ethel Strater Hyde. He was known to his friends and family as Tom or Tom Junior. Tom was the youngest child and the only son in his family and had two sisters, Mary Kay and Jennifer. Tom’s father was career military serving in the US Air Force and achieving the rank of Colonel. As such, Tom spent his early years living in Japan and Pakistan where his father was stationed and visiting other countries like India and Kashmir. These early life experiences led to Tom’s lifelong love of Eastern Culture. Tom attended the University of Texas where he studied Psychology and Philosophy and graduated in the early 1970’s after earning a Bachelor’s Degree. Tom spent most of his adult life working in the computer industry beginning at Advanced Micro Devices (AMD) in the late 1970’s and retiring from Hyperformix in 2014. Like his father, Tom was a member of the Perfect Union Masonic Lodge #10 in San Antonio. He was a 32nd Degree Scottish Rite Mason and past Grand Master of his lodge. One of Tom’s greatest pleasures in life was football. He was an avid Longhorns fan and spent decades playing Strat-O-Matic football, and later baseball, with a small group of his closest friends. Tom had a keen sense of humor and was a master of puns which he inserted into most conversations as naturally as breathing. Tom practiced yoga, tai chi and meditation daily. He had a deeply spiritual understanding of life and was always willing to share his thoughts and beliefs with others. Tom could be intractable and was often stubborn especially when he believed strongly about something. He was also a kind and generous man who helped others in whatever ways he could and did so quietly without any expectation of acknowledgement or personal reward. He will be deeply missed by all of us who knew him. Tom passed away on July 24, 2020. He is survived by his wife Sherri Hyde, his daughter Sabrina Hyde and his son David Hyde, as well as a large family of aunts, uncles, nieces, nephews and many cousins. He is preceded in death by his son TC Hyde III, his parents, Tom Sr. and Grace Hyde, and his sisters, Mary Kay DePew and Jennifer Booth.

Thomas Cecil Hyde Jr. was born on July 30, 1952 in San Antonio, Texas to Thomas Cecil Hyde Senior and Grace Ethel Strater Hyde. He was known to his friends and family as Tom or Tom Junior. Tom was the youngest child and the only son in his... View Obituary & Service Information

The family of Thomas Cecil Hyde Jr. created this Life Tributes page to make it easy to share your memories.

Send flowers to the Hyde family.