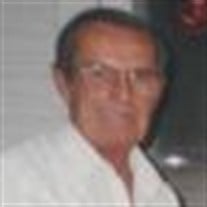 Victor Don Knauth, 4th generation Knauth in Weir, was born June 2, 1940 at Martin Hospital in Georgetown, TX. He passed away peacefully on July 20, 2020 at his life long home in Weir, TX. after a brief but courageous battle with cancer. As a young man, he served in the U.S. Marine Corp. as a radio telegrapher, sharp shooter and the recipient of the Good Conduct Medal. While in the Marines, he was stationed in Okinawa, Japan, Korea, Formosa, China, Philippian Islands, and Borneo. He was Honorably discharged in 1964. He is preceded in death by his parents Victor H. and Roberta Kirby Knauth; sister, Sally Knauth; grandparents and his son in-law Steven M. Taylor. He is survived by his wife of 56 years, Helyne Robbins Knauth; his sister Barbara McJunkin and husband Jack of Dallas; three sons Victor H Knauth II(Dawn) of Braceville, Ill.; William(Bill)Knauth of Taylor; Kirby Don Knauth(Kim) of Weir; and a daughter Sonja Taylor of Austin. He was “Pop” to his 11 grandchildren, which included 2 sets of twins, 5 great grandchildren and many nieces and nephews. After his service to our country, he pursued a career in agriculture where he farmed many acres around Weir and Georgetown. His life’s work and passion was in the agriculture industry, which led him to his next career adventure where he was a partner of ownership in the M&K Cotton Gin of Georgetown, and the Weir Grain Elevator. He was a member of The Texas Muzzle Loader Assoc., Williamson County Sheriff’s Posse and Drill Team, Travis Volunteer Muzzle Loaders, Williamson County Farm Bureau, Texas Grain Dealers Assoc., Honorary Member of NRA, Texas Cotton Ginners Assoc., 4-H Volunteer and State Champion in Colorado and Oklahoma Muzzle Loading competition. A celebration of life will be held on August 15, 2020 at 11:00 a.m. at the home of Kim and Kirby Knauth.

Victor Don Knauth, 4th generation Knauth in Weir, was born June 2, 1940 at Martin Hospital in Georgetown, TX. He passed away peacefully on July 20, 2020 at his life long home in Weir, TX. after a brief but courageous battle with cancer. As... View Obituary & Service Information

The family of Victor Don Knauth created this Life Tributes page to make it easy to share your memories.

Send flowers to the Knauth family.