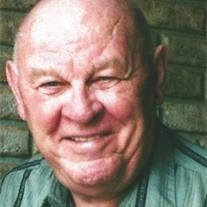 Wiley F. James, Jr. Lt. Col. USAF, Retired Wiley France James, Jr. Lt. Col., USAF, Retired, age 91, passed away at Christopher House hospice in Austin, TX, on August 2, 2011. W. F. was born at home in Baird, TX July 22, 1920, the eldest child of France and Ethel (Coffee) James, both of whom were members of pioneer West Texas families in Mitchell and Callahan counties. He grew up during the Great Depression working on the family cotton farm. He attended Loraine, Texas public schools, was salutatorian of both his grade and high school classes and graduated at the age of 16. Known to his Abilene (TX) Christian College classmates as ?Chubby?, he earned four letters in football, served as President of the ?C? club comprised of all lettered athletes, and graduated with a BS in Secondary Education, cum laude. In 1941 he began coaching and teaching in his hometown of Loraine, TX and, at 21, was the youngest football coach in the State of Texas. He held a Lifetime Teaching Certificate from the State of Texas. In February 1942, he enlisted in the Army Air Corp, was chosen to attend Officer Candidate School, became an Intelligence Specialist and was honorably discharged with the rank of Captain in April 1946. From 1947 to 1951, he was employed by the engineering department of Gulf Oil Corp., Crane, TX. He was recalled to active duty with the United States Air Force in March 1951 due to the Korean Conflict and remained on active duty, with tours in Germany, Japan, Oregon, Texas, South Carolina, Vietnam and Hawaii. While in the Air Force he served as assistant professor of Air Science at the University of Portland, Portland, OR and in 1960, while assigned to Bergstrom Air Force Base in Austin, TX, he earned a Master of Arts degree in International Relations from the University of Texas. He retired from the Air Force as a Lieutenant Colonel in July 1967. Colonel James? military awards and honors include the Air Force Commendation Medal with 3 Oak Leaf Clusters; American Campaign Medal; World War II Victory Medal; Army of Occupation Medal; National Defense Service Medal with 1 Bronze Service Star; Korean Service Medal; Armed Forces Expeditionary Medal; United Nations Service Medal; U.S. Vietnam Service Medal; Vietnam Campaign Medal; Armed Forces Reserve Medal with Hourglass; and the Air Force Longevity Service Award with 4 Oak Leaf Clusters. In June 1968, he returned to the U.S. Air Force as a civilian employee in the field of Intelligence. Upon his retirement in August 1983, the Department of the Air Force presented him the Award for Meritorious Civilian Service. After retiring in August 1983, Wiley settled in Pensacola, FL, where he became very active in the National Association of Active and Retired Federal Employees (NARFE) serving as President of Florida Chapter 86 for nine of the 20 years he was a member, as well as serving in all other chapter offices, attending 19 consecutive State conventions, 8 National conventions, and serving as a District Leader for four years. He was a Life member of NARFE, as well as The American Legion, the Veterans of Foreign Wars (VFW), and the Military Officers of America (MOOA). In 2007, he moved to Austin, Texas to live with his daughter. He was preceded in death by his mother (1985) and father (1988), a sister Elaine James (1951), a brother Robert Vance James (2002), his first wife of 32 years and the mother of his children, Jane Frazee James (1975), and his second wife of 30 years, Kathryn Johnston James (2006). He is survived by a daughter, Jency Jane James; a son, Wiley France James, III (Guadalupe); a brother, Royal Gordon James; a step-daughter Kathryn Sue Powell; granddaughters Ashley Kay (James) Taylor (Hunter) and Jessica Leigh (James) Dutton (Donald); a grandson Christopher Eric James; step-granddaughter Kimberly Wight (Fred); step-grandson Clayton Allen Toyne (April); a great-grandson Hayden Murphy Taylor; and great-granddaughters Katelyn Abigail Dutton and Avery Gabrielle Taylor. Four nephews and a niece also survive him. Memorial contributions may be made to any of the following organizations: Operation Homefront, Veterans of Foreign Wars Foundation, Air Force Aid Society, National World War II Museum, the Vietnam Veterans Memorial Fund, or a charity of your choice. Lt. Col. James will be buried with full military honors at Fort Sam Houston National Cemetery in San Antonio at 11 am on Tuesday September 6, 2011.

The family of Wiley James created this Life Tributes page to make it easy to share your memories.

Send flowers to the James family.